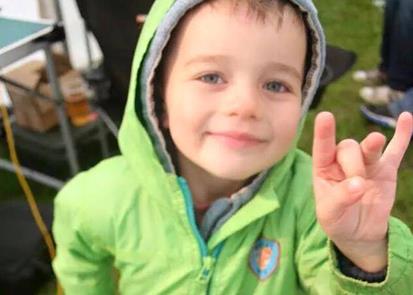 Inspired by his fundraising parents (PLT Trainer Steve Price and his wife Angie) and not wanting to be left out, Malachi Price (aged 4) decided to rock out for Rock Against MS and stick his fingers up to multiple sclerosis‎ as part of MS Awareness Week (April 27 to May 3).

Angie first became aware of Rock Against MS UK and their fundraising efforts through her work at Nova FM and she was quick to help spread the word about the great cause, which is the first UK dedicated fundraising group that supports multiple sclerosis charities through the power of Rock.

From the vast number that entered the rockhand selfie, Malachi took home the prize, winning Rock Against MS UK event tickets for an entire 12 months. Following in Angies footsteps, Malachi is obviously a rock star in training! Very proud to have Malachi, Angie and Steve as part of our PLT family, raising funds and awareness for their respective charities.